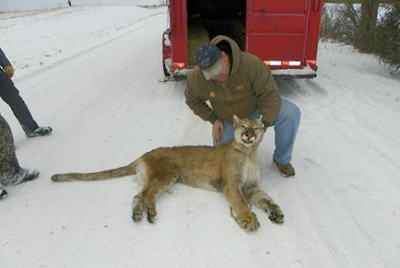 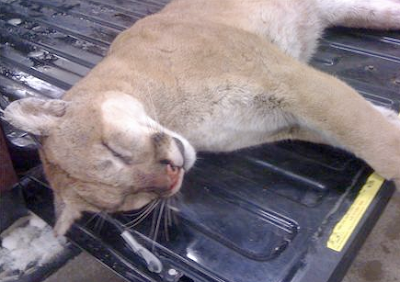 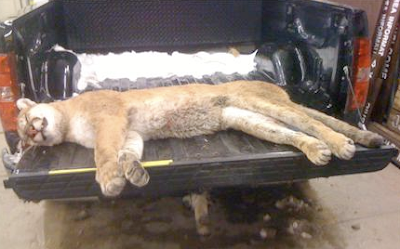 KIRKSVILLE -- The Missouri Department of Conservation (MDC) said a mountain shot near La Plata, Mo. was the second one killed in the state in three months.
Department officials told KTVO they received a call this afternoon from an Amish landowner.
According to the department, a group of hunters were scavenging the landowner’s farm for coyotes, when they came within 20 yards of the big cat.
Nearly 100 hunters were scavenging the farm, but only about 12 saw the cat.  None of the hunters had dogs.
At this point, the conservation department said they will not press charges because they believe the cougar presented enough danger to the hunters to warrant shooting.
MDC estimated that the animal weighed nearly 130 lbs., but have no official weight at this time.
This is the 14th official sighting of a mountain lion in the state, but it's the fourth in the last year.
Conservation agent Marsha Jones said it's rare to see a cougar, and while more big cats may be coming to the state, they're probably not breeding.
"We think that they're solitary males who are leaving areas like the Black Hills, the Dakotas.  They're following the Missouri River Basin.  They're looking to establish territory.  All of them have been males, we haven't seen any females.  You need a male and a female to establish a population.  We haven't seen the other half of that yet, so we feel very confident that we do not have a breeding population in our state," said Jones.
The conservation will send the mountain lion to Columbia for lab testing to determine if it is truly wild, and also to determine if it's related to the animal killed in Ray County, Mo. in November.
For more questions about the cat, contact the Missouri Department of Conservation office in Kirksville.
Their number is (660) 785-2420.
at 10:51 PM No comments:

Greatest Cook in the World (Except when were camping) 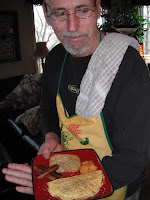 What now Wolves ? Speculation it could be a coyote-wolf hybrid

JEFFERSON CITY, MO -- DNA tests show that a 104-pound canine shot by a hunter in Carroll County Nov. 13 was an unusually large coyote.

The hunter shot the big canine on opening day of Missouri’s November firearms deer season, thinking it was a coyote. Coyotes are legal game during deer season. However, when the hunter saw the animal’s size, he wondered if he had mistakenly shot a wolf. He reported the kill to Conservation Agent Marc Bagley. Bagley took possession of the animal and turned it over to the Missouri Department of Conservation’s (MDC) Resource Science Division for identification.

According to Beringer, the coyote was a male approximately 3 years old. It had no tattoos, microchip or evidence of ear tags that would indicate it might have escaped or been released from captivity.

The coyote’s size and the size and shape of its feet were similar to those of a wolf, leading to speculation it could be a coyote-wolf hybrid. Gray wolves, also known as timber wolves, once inhabited northern Missouri but were gone from the state by the late 1800s, due to hunting and habitat loss. Wolves persisted in Minnesota. From there, they dispersed into Wisconsin and Michigan, which now have wolf populations of their own.

The last record of a gray wolf in Missouri was of a young male mistaken for a coyote and killed by a bowhunter in Grundy County in October 2001. A radio collar and ear tag linked that 80-pound wolf to Michigan.
at 7:31 PM No comments: 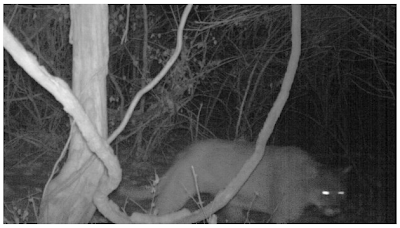 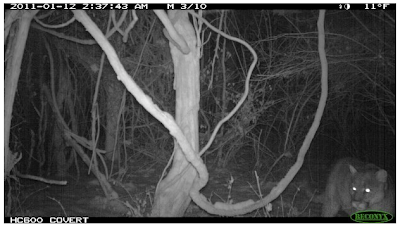 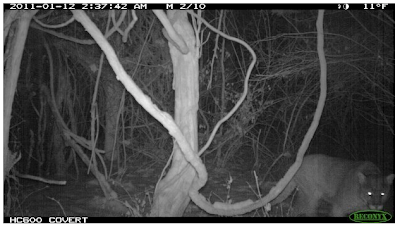 Answer: What is a Broonie 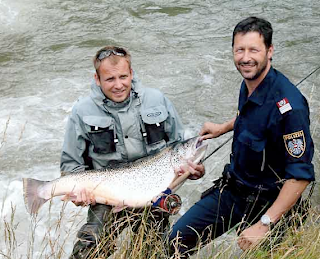 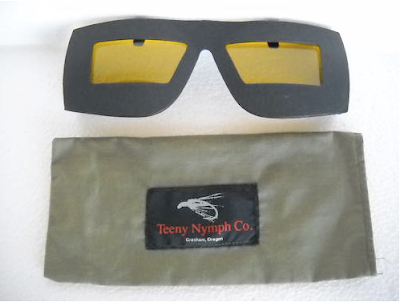 These were sold in the 80's. I actually had a pair. I guess the theory is the frames reduced glare similar to a football player putting grease under their eyes.... I guess..
I couldn't see any better.... and looked pretty stupid (or more stupider) ... Who wouldn't want a pair of these ?
Jim Teeny was famous for creating his signature fly the teeny nymph. 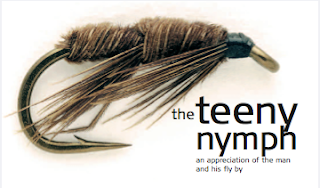 A Kirby or Reverse is a bend in the hook created by bending the barb outward by 25 degrees, thus changing the angle of penetration.


Here is a really good tip most don't know.


If you are fishing small hooks and are getting short strikes, put a Kirby or Reverse in your hook. This changes the angle of penetration of the hook and forces the hook to the outside of fish's mouth, this will increase your take and catch. To put a Kirby in a hook, put the hook in your vise, then push the shank of the hook sideways. This will make the point curve off. If you push the hook one direction it is a Kirby if the point goes the other way it is a Reverse.


You need to know the difference there will be a quiz. 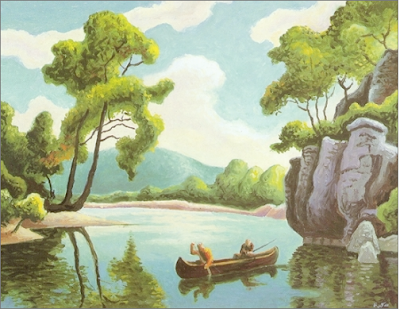 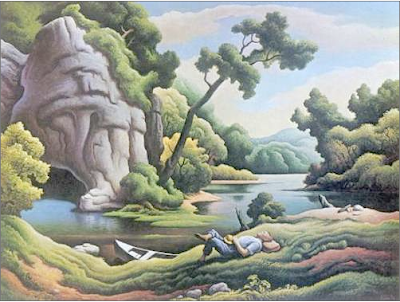 If you can read just one book this year ! Make it by Quackenbos !!!

How about this for a title.


GEOLOGICAL ANCESTORS OF THE BROOK TROUT: AND RECENT SAIBLING FORMS FROM WHICH IT EVOLVED BY JOHN D. QUACKENBOS 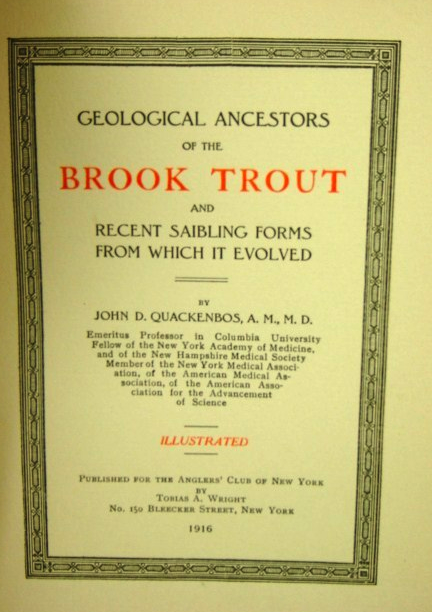 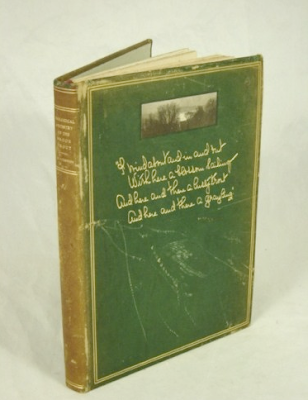 I've been tying this winter

Focusing on Soft Hackles in 2011... Any thoughts on best colors ? 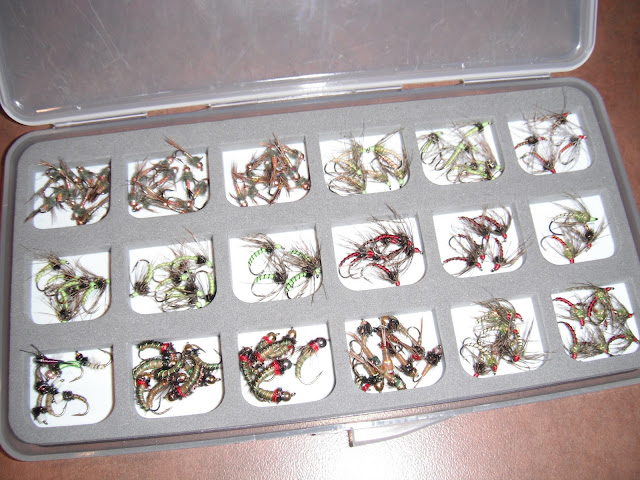 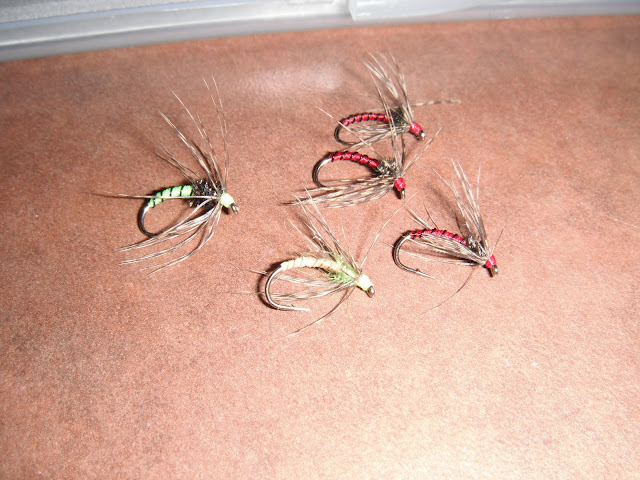 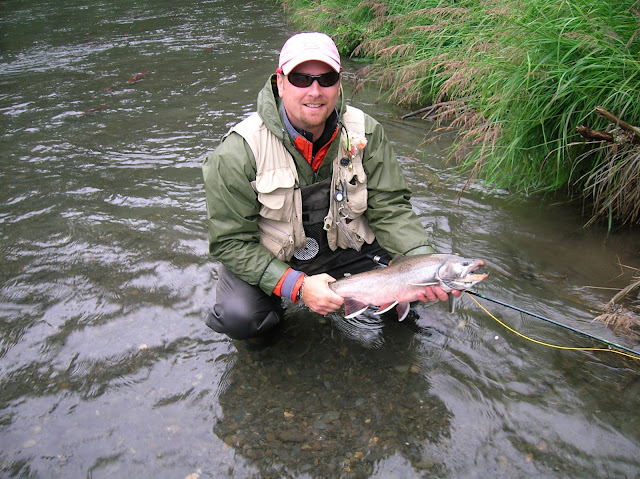 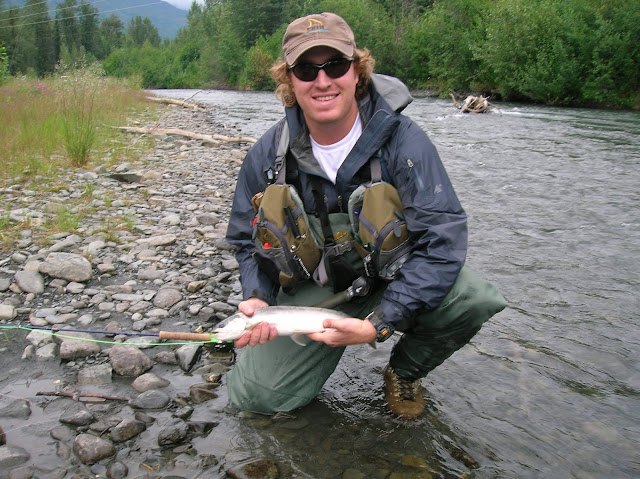 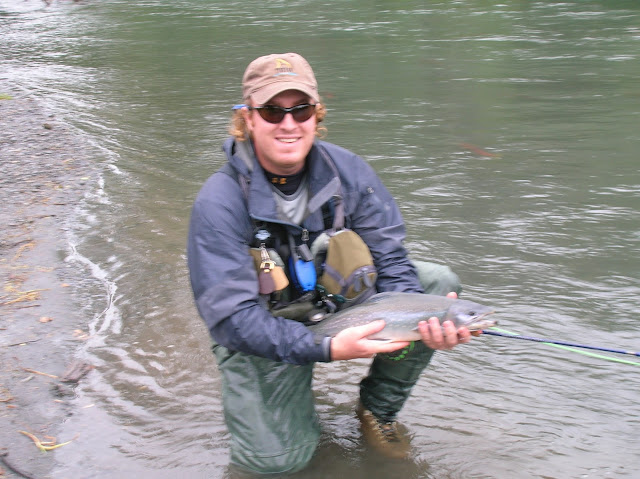 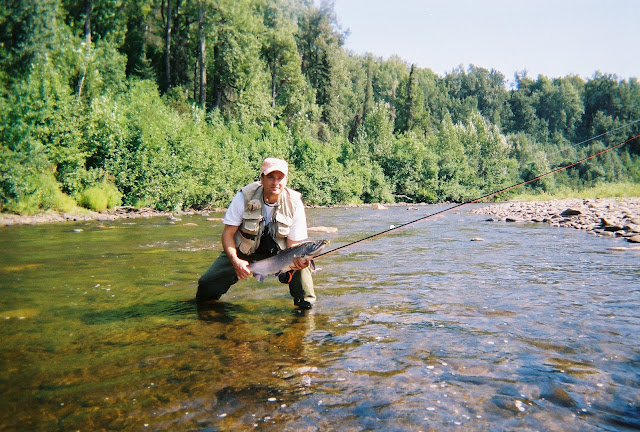 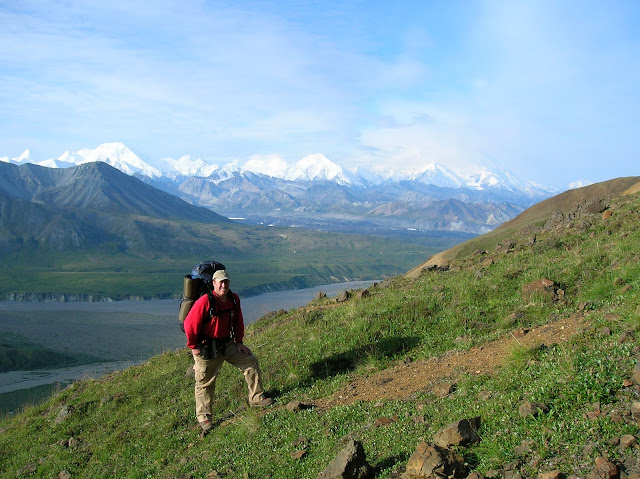 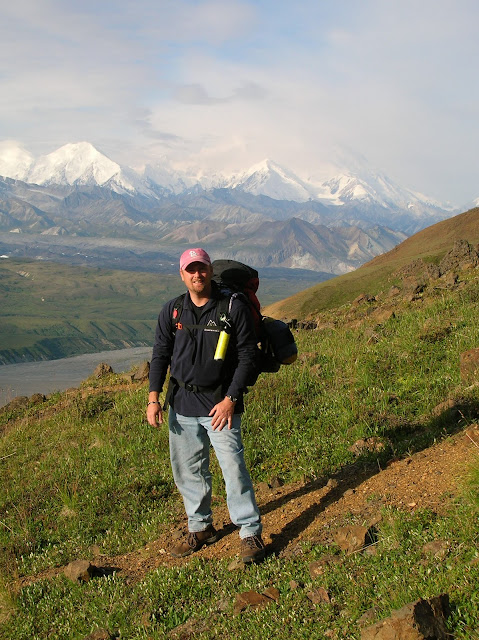 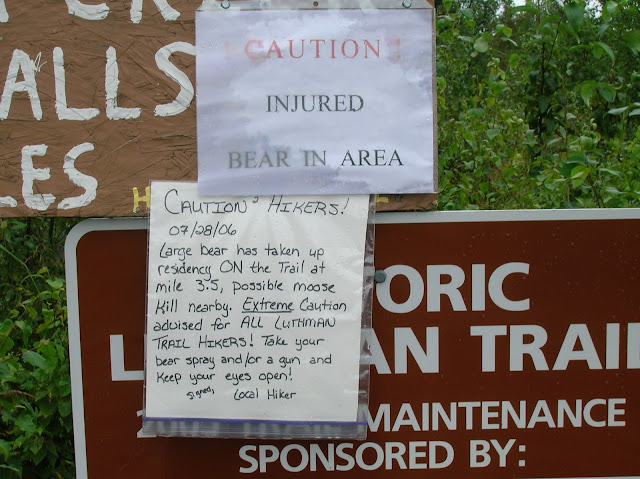 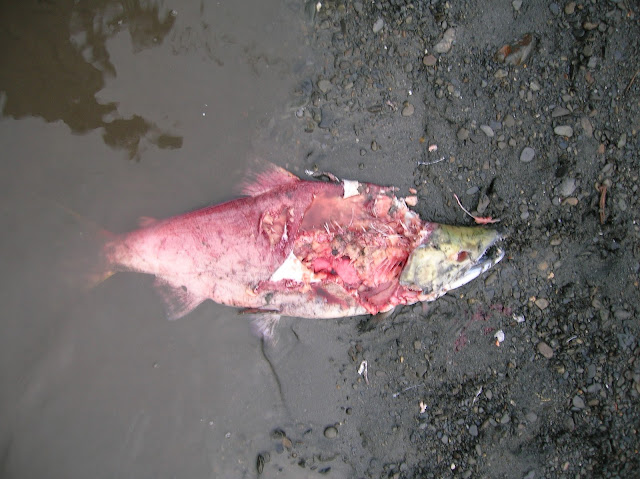 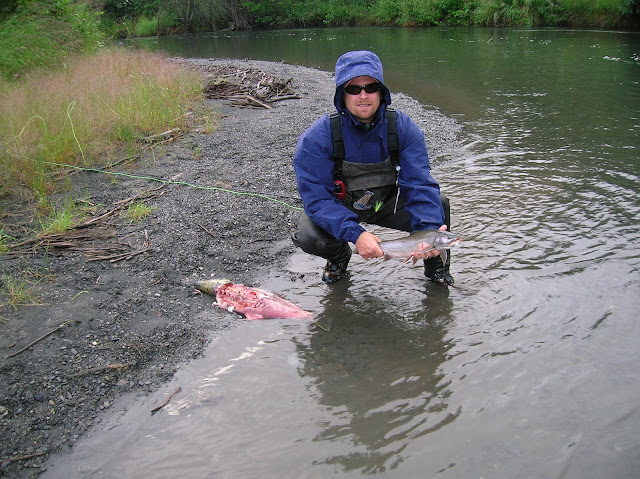 Reported Tuesday. A Ray County cattleman's coonhounds treed this young male before the cattleman shot it in the head with a .22-caliber rifle. 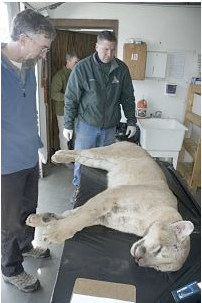 The 115.2-pound animal makes only the 12th official sighting of a mountain lion in Missouri since 1994.

The body, a .22-caliber slug lodged in the brain, was sprawled on the autopsy table waiting for the scalpel.

Weight: 115.2 pounds.
Length: 79 inches.
Age: Perhaps three years, maybe younger, according to the sharp white teeth and markings on the inside of the legs.
The anatomical evidence that most interested the scientists: The dead mountain lion — nicknamed the Ray County Cat — was male.
And with that, Missouri’s Mountain Lion Response team sighed with relief.
Had it been a wild female, it would have signaled the state could have a breeding population of the big cats. Of the dozen confirmed sightings since 1994, only one — the team’s first investigation — was a female. In that case, some members thought it was someone’s pet.
So far, it’s just the wanderers, said Jeff Beringer, Department of Conservation furbearer resource biologist, who was part of the autopsy team. That is, the young males looking for love in all the wrong places.
The team saw no signs the healthy feline had been in captivity, such as tattoos or electronic identification tags. Nor did the paws show evidence of life in a hard-floored enclosure. Also, its dewclaws, often surgically removed in captive animals, were intact.
Hair samples taken for DNA testing should show the lion’s origins.
Read more: http://www.kansascity.com/2011/01/03/2558645/officials-relieved-ray-county.html#ixzz1AVhE4o59
at 10:44 PM No comments:


The Old Man And The River

At 81, Artist Thomas Hart Benton, one of the founders of the Midwest Regionalist School of painting, still carries on his long love affair with the roily Buffalo River in the Ozarks