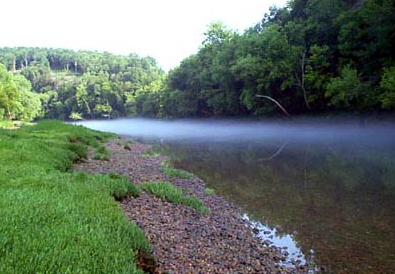 LOUISVILLE, Ky. — A move to cut federal funding to fisheries has prompted some officials to try to save the only trout hatchery in Kentucky.
Representatives of the U.S. Fish and Wildlife Service and the U.S. Army Corps of Engineers are discussing options to keep the Wolf Creek National Fish Hatchery open next year, according to The Courier-Journal.


The hatchery in south-central Kentucky provides fish for 115 rivers and lakes across the state. U.S. Fish and Wildlife officials say they may have to close the hatchery if they can't reach a deal with the Army Corps of Engineers or unless Congress intercedes.


Ron Brooks with the Kentucky Department of Fish and Wildlife Services said he attended a recent meeting during which a deal that would downsize the facility was discussed.
"There's nothing agreed to," said James Gray, who manages the hatchery on the Cumberland River near Jamestown, just below the Wolf Creek Dam. "It changes from week to week."
Corps spokesman Todd Hornback in Louisville declined to comment.


The hatchery has an annual budget of $900,000 and produces about 1 million rainbow, brook and brown trout each year. It also has a visitor center and offers an environmental education program.
The Cumberland River tailwater below the Wolf Creek Dam is considered a premier trout fishing area.
It was established in 1975 to help offset damage to warm-water fish which were largely forced out because of cooler waters from deep lakes that formed behind the dams, Gray said.
"It used to be that the federal government, we just produced the fish and stocked them and didn't think a whole lot about it," Gray said.


But the U.S. Fish and Wildlife Service began charging the state about 15 years ago for some of the fish it produced. Now, the federal agency covers only the cost of producing fish for mitigating federal dam, Gray said.
Going forward, officials with Fish and Wildlife say mitigation is no longer their responsibility, Gray said, and they want the Corps to cover those costs for its dams.


"There are a lot of negotiations going on at the Washington level to try to make that happen," he said.
Brooks said the latest proposal would allow the state to continue to buy trout to stock rivers and lakes across the state.
State officials said there doesn't appear to be many alternatives for getting trout to stock lakes and streams if the hatchery shuts down.
Danielle Smoot, a spokeswoman for U.S. Rep. Hal Rogers, R-5th District, said the congressman knows how important the hatchery is "not only for his district but across the state. He's taking everything into consideration."


The House Appropriations Committee, of which Rogers is chairman, will take up the matter and other spending issues in July, Smoot said.
at 6:51 PM No comments:

Time for a summer trip - Yellowstone ??? 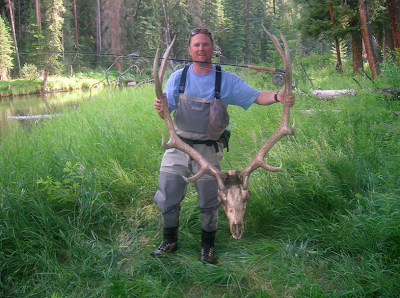 Email ThisBlogThis!Share to TwitterShare to FacebookShare to Pinterest
Labels: Yellowstone 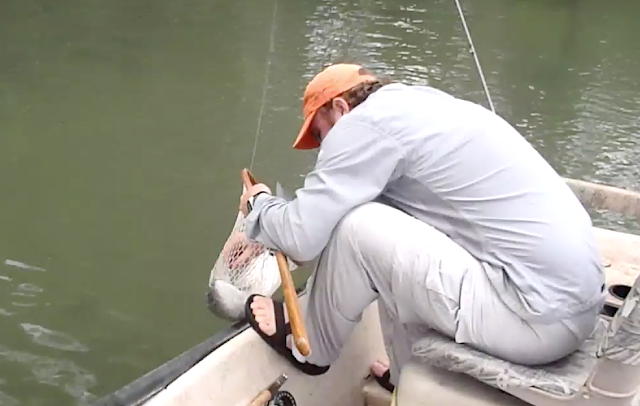 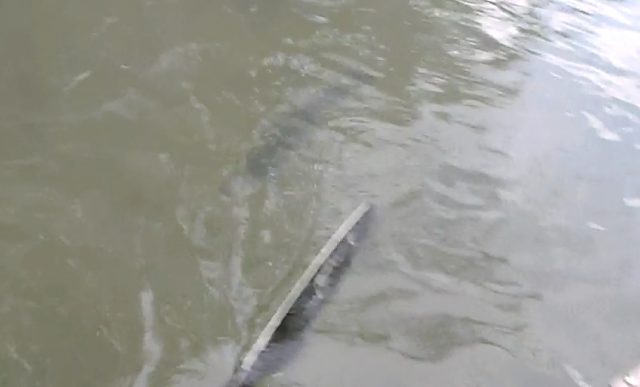 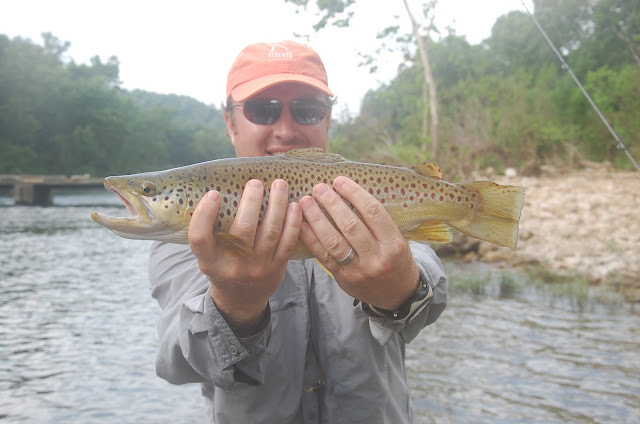 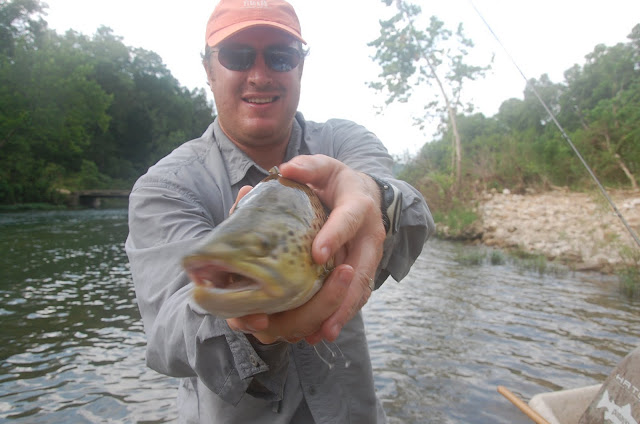 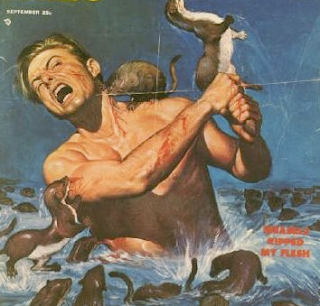 – Wed Jun 8, 3:25 pm ET
HOQUIAM, Wash. – Police say a man was carrying a dead weasel when he burst into an apartment and assaulted a man in Washington state. The victim asked, "Why are you carrying a weasel?" Police said the attacker answered, "It's not a weasel, it's a marten," then punched him in the nose and fled. The attacker was apparently looking for his girlfriend and had gone to her former boyfriend's apartment Monday where the victim was a guest. KXRO reports he left the carcass behind. Police later found the 33-year-old Hoquiam man arguing with his girlfriend at another location and arrested him after a fight. He said he had found the marten dead near Hoquiam, but police don't know why he carried it with him.


Fly Fishing is a Joke from Henry Harrison on Vimeo.
at 6:55 PM No comments:

Email ThisBlogThis!Share to TwitterShare to FacebookShare to Pinterest
Labels: Fly Fishing is a Joke, Joke, Video

Brook Trout to the Rescue 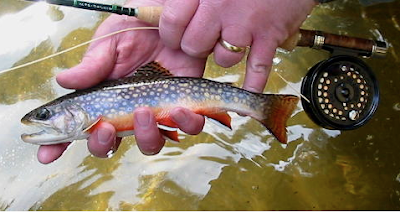 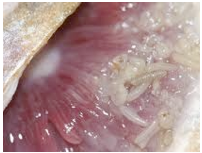 Rainbow trout, along with several other west-coast fish species, are susceptible to a parasitic copepod called Salmincola californiensis. The tiny, shrimplike parasites, which are about the size of a pencil eraser, attach to fish gills, where they leave eggs and complete their life cycle. While the copepods are not a problem in the wild, they can become prolific in hatcheries that raise fish in high-density conditions. The copepods can attach in such high numbers that they weaken the fish, making them more prone to disease, and even causing the fish to suffocate.

According to Maramec Spring Fish Hatchery Manager Wes Swee, the U.S. Food and Drug Administration currently does not recognize any chemical treatments to control parasitic copepods.

A study at a California hatchery concluded that placing brook trout upstream from rainbow trout somehow filters copepod larvae from the water supply, reducing infestation. The reason for this is undetermined. Swee said one theory is that copepod larvae are specific to certain west-coast fishes and cannot complete their life cycle on other species, such as east-coast-native brook trout. According to Swee, the copepods attach to brook trout but do not produce eggs as they do on rainbow trout.

To test the theory on Missouri trout, the MDC is raising a small number of brook trout at Maramec Spring Fish Hatchery. In June the trout will be put in one pool above a pool of copepod-free rainbow trout from another hatchery. If successful, brook trout could be an effective biological control method for managing parasitic copepods in fish hatcheries.

“Using a biological pest control is better than using chemicals that may affect the safety of a food item such as fish,” Swee said.

Although the copepods themselves do not affect a fish’s food quality, protecting hatchery-raised rainbow trout from parasites is an effort to ensure the quality of Missouri’s trout fishing.

“Controlling the copepods will allow us to continue to stock healthy fish for the public,” Swee said. “The long-term goal is to provide Missouri anglers with healthy, more vigorous and more attractive rainbow trout that will put up a good fight for fishermen.”

Rainbow trout is the species most commonly stocked by MDC to provide trout fishing opportunities in designated Missouri waters. A limited number of brown trout, produced in MDC hatcheries, are also stocked in selected waters each year.

“There are no plans to release the brook trout into Missouri waters,” Swee said.