Kunimasu trout
Kunimasu trout--long believed to have become extinct more than 60 years ago--have been found in Saiko lake in Yamanashi Prefecture, according to research conducted by Kyoto University Prof. Tetsuji Nakabo and TV personality Masayuki Miyazawa, who is widely known by the professional moniker Sakana-kun (Mr. Fish).
The trout, scientifically named oncorhynchus nerka kawamurae and originally known to inhabit only Lake Tazawa, the nation's deepest lake, in Akita Prefecture, has been designated as extinct by the Environment Ministry. The freshwater fish were last seen in Lake Tazawa in 1948.
The trout's environment in the lake was severely damaged by the introduction of highly acidic waters from a nearby river in 1948 to increase the volume of water for hydroelectric power generation.
The discovery of the "extinct" fish came when Sakana-kun, also a guest associate professor at Tokyo University of Marine Science and Technology, found nine blackish trout among rainbow trout caught in Saiko lake. Sakana-kun, who sports a fish-shaped cap when appearing on TV programs, asked his acquaintance Nakabo to examine the unusual fish. Nakabo and his Kyoto University team confirmed the fish as kunimasu trout by analyzing their DNA.
Nakabo said the nine kunimasu trout were descendants of those hatched in Saiko lake from about 100,000 eggs brought from Lake Tazawa in 1935.
The Environment Ministry plans to remove kunimasu trout from the list of extinct species when it reviews the list in fiscal 2012.
It will be the first time for the ministry to remove a vertebrate species from the list. Shellfish and fungi have been removed in the past.
"We should take this opportunity to think about the value of nature and living creatures, so as not to send any species to extinction," Sakana-kun said.
According to a fisheries cooperative association at Saiko lake, kunimasu trout have sometimes been caught there during net fishing for lake smelts. Fishermen in Saiko call the trout "black trout" because the color of their skin is blackish when compared with rainbow trout.
Yamanashi Prefectural Gov. Shomei Yokouchi said: "I am very surprised to hear that [kunimasu trout] were found in Saiko lake. I'll take steps to conserve them in consultation with the Environment Ministry."
at 1:02 PM 1 comment:

LOCATION DETAILS: From 60 highway East from Springfield, Mo. take 5 Highway South to 95 Hwy. North and it is approx. 6 miles then left county road.


From the BFRO report.


It was around 7-8 foot tall, completly covered in red hair and 1 feature I remember is it looked like it's arms were almost as long as it's legs and that it was not afraid of us 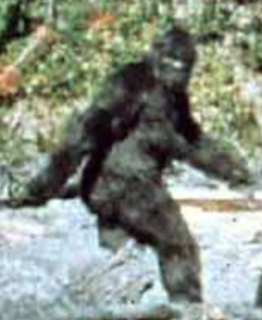 Even a blind nut finds a pig, once in a while. 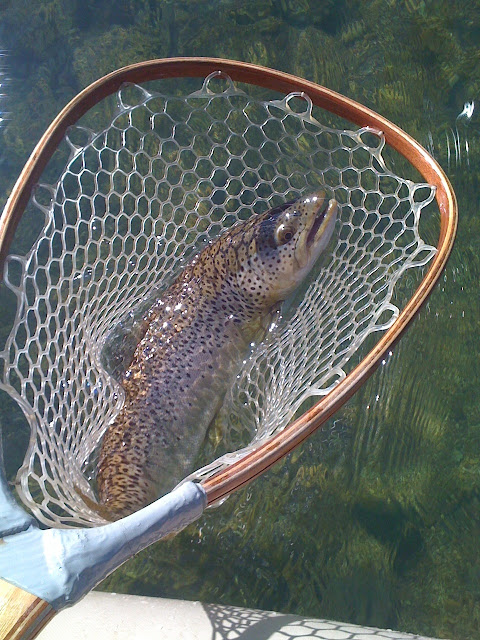 
In 1886, the noted naturalist and paleontologist Edward Drinker Cope, published a one paragraph note in the American Naturalist journal.  Entitled "The Most Southern Salmon," Cope implied that cutthroat trout were native to Chihuahua, Mexico.

Brodin Step Aside and Check out these "Epic" nets !!! 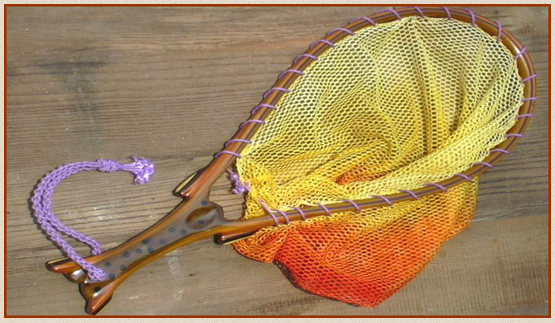 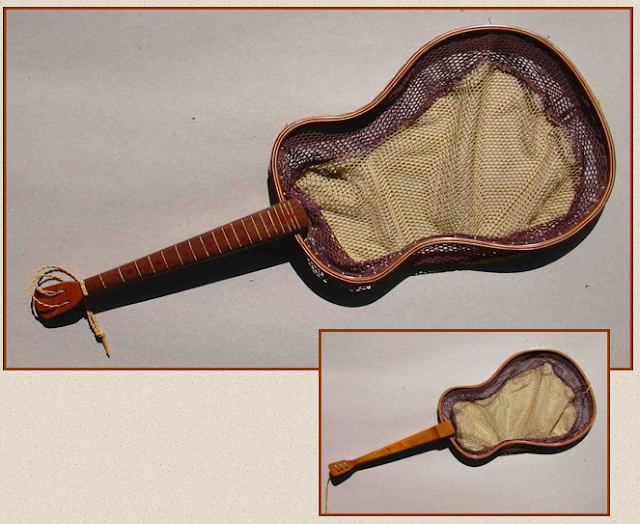 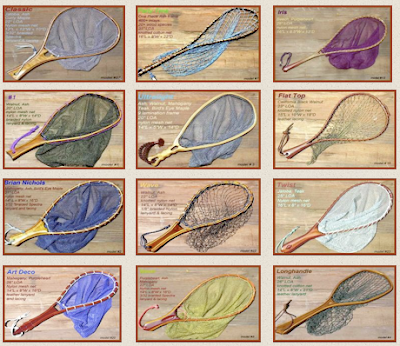 Joeseph Lechner
at 11:17 AM No comments:

Did you know why you shouldn't bring bananas on your boat ? 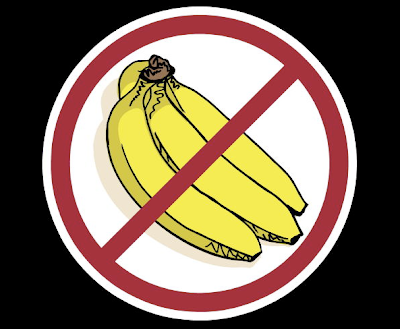 There are many stories why bananas have been thought of as bad luck on boats.  This is only one of the nautical superstitions that I know of and is particularly prevalent amongst watermen.  Many stories have banana oil rubbing off on ones hands and “spooking” the fish; therefore the fish don’t bite.  There is always the story of a crew member slipping on the banana peel left on the deck.  Some say that bananas give you the runs so you are always in the marine head and can’t catch fish because you are busy “draining the pipes”.  Many other stories are told about bad luck and bananas, however the one that I find most plausible is a historical one.
Back in the days of the transatlantic crossings by wooden sailing ships many hazards would befall the captains, crew and passengers. Disease, pirates, shipwrecks, storms, etc., claimed the lives of a good percentage of the captains, crew and passengers attempting the dangerous voyage.  Needless to say, a transatlantic crossing in the 17th and 18th centuries was a very risky endeavor.  Often the vessels would stop along the way in tropicalislands to gather provisions such as food and water.  There the passengers and crew would often purchase wooden crates of bananas from the locals and bring them aboard the ship.  These crates would have all manner of critters in them such as bugs, spiders, vermin and snakes.
These critters would make their way into the bilges of the ships, multiply, and then find their way into the captain’s quarters.  The captains circulated the rumor that bananas were bad luck in an attempt to keep the critters off the ship and out of their cabin.  The crew and
passengers were more than eager to follow suit because of the inherent risk of the crossing.  So, if the captain announced prior to the voyage that bananas were bad luck and not allowed aboard the vessel, everyone complied.


This article was taken from Boating World Magazine

The mere mention of a banana muffin on board was enough to send legendary south Florida fishing guide “Bouncer” Smith scrambling toward the cooler that held the offending item. With his face flushed and a vein bulging from his forehead, he hurled the hapless muffin overboard, much to the objection of its rightful owner. Was this the act of an isolated bananaphobe? Well you can forget about black cats crossing your path or broken mirrors, because to many fishermen around the world, there is nothing unluckier than a banana on board a boat.
Having been cultivated in the Indus Valley as far back as 2000 B.C. , the banana’s nickname is “the fruit of the wise” Somewhat ironic when you consider that it is technically classified as an herb (although clearly a member of the “hand-fruit” genus) and is a favorite food of monkeys, whose major leisure activities include hurling bodily waste products and offending sexually uptight visitors at the zoo.
The origin of this superstition is uncertain, but many believe that it began in olden times, when bananas were transported by rickety, overcrowded, top-heavy boats plying the tropics (now known as cruise ships). These boats would frequently sink, leaving behind a residue of floating yellow commas, thus leading witnesses to deduce that hauling bananas was unlucky. A more scientific explanation is that since bananas give off ethylene gas when they ripen, it causes other perishable foodstuffs to spoil more quickly. This expended-gas theory could be why it’s also considered unlucky to have a politician on board. Yet another theory suggests that crates of bananas would also contain unwanted pests, such as spiders, snakes, flies, mice and Beanie Babies.
Although the banana superstition is worldwide, nowhere is it taken more seriously than in Hawaii. Some believe the Aloha State’s anti-banana sentiment has its roots in legend when the god Pele (apparently before his soccer career) brought his brother to the islands to be the deity in charge of sport fishing.  A clue to how Hawaiians feel about the subject can be found on the Kona Fishing Charter website. Although fairly ambiguously written, it states “Absolutely positively, no ifs, ands ,or buts, do not bring bananas on board”.  In Florida, charter boat crews have extended the prohibition beyond bananas and related food products to include objects that merely have the word banana on it, such as Banana Boat sunscreen, or items from Banana Republic, During fishing tournaments, anti-banana feelings run high. Not leaving any stone unturned, each person on board is quizzed as to what brand of underwear they are wearing. Should some clueless individual mention they are wearing Fruit of the Loom, a rather unpleasant operation is performed on them. First, they are seized by a couple of stout deckhands and given a punitive “wedgie” to prepare the surgical field. A razor-sharp filet knife is then used to excise the label, which curiously doesn’t even have a banana on it.


http://www.azinet.com/captjim/bananas.htm
at 10:20 PM No comments: